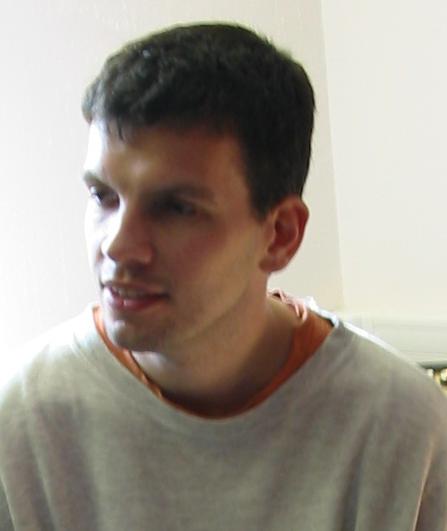 The sandpile model is a discrete model of diffusion introduced by physicists Bak, Tang and Wiesenfeld. Its states are distributions of grains on the vertices of a graph and its diffusion's dynamic is similar to a transition in a Petri net. The recurrent states, in many bijections with spanning trees of the graph, form the main subset of steady states is this model. They are characterized as fixpoints of an algorithmic operator defined by Dhar. Usually, the graph that describes the geometry of space is static and in general finite. In this talk, the graphs are infinite, since they are horizontal strips of finite height seen as subgraphs of the usual square lattice. On these strips, the probabilists Jarai and Lyons showed that the steady and uniform measure on recurrent states may be described as a Parry measure deduced from an automaton reading a state column by column. We introduce a dynamic perturbation of these strips by an obstacle defined as a dynamic subset of vertices where grains are temporarly forbidden. A step of simulation is defined as the move of the obstacle, also moving finitely many grains, followed by the computation of the new fixpoint for Dhar's operator in the new graph. The main result of this talk is that this step of simulation may be almost surely simulated in a finite time despite requiring in principle an infinite number of transitions. The original motivation of this work was to define a toy-model for a flow of a fluid around an obstacle where one can obtain exact boundary conditions at the limit of the studied domain, using lazy evaluation.